A New Twist on your Trip to the Driving Range

The driving range can be a great place for golfers to work on their golf games and groove their swings. It can also be a great place to get bored really fast. While repetition on the practice range does have its benefits, too much of the same thing can be dangerous, especially in golf where bad habits are easy to form and hard to break. So if hitting ball after ball into the wild blue yonder doesn’t necessarily appeal to the golfer in you, try these five fun driving range games the next time you practice.

An entertaining spin on the classic basketball game, HORSE is one of the best driving range games to play with your golf buddies. To play HORSE, golfers take turns calling and executing shots, for example, “land your ball within 10 yards of the 150-yard marker.” If a golfer executes a called shot, the opponent can try and match it. If the opponent matches the shot, a new shot is called and the process starts all over again. If the opponent fails, trash talking commences and a letter is given out. The first to spell out H-O-R-S-E loses.

A variation to the rules of HORSE provides the opponent with one [mulligan], or a free re-do, per shot. Depending on how much you like your friend, you can choose to include the rule. But we’d suggest leaving the mulligans for the first tee, the HORSE driving range game is so much more exciting without them.

Tiger Woods made this driving range practice drill famous when he included it in his warm-up routine before tournament rounds. The former World No. 1 would wow spectators by flawlessly executing nine different ball flights on command, hence the name Nine Point. But trust us, this driving range game is a lot harder than Tiger made it look. In Nine Point, golfers attempt to hit a:

Ideally, a golfer should be able to complete this driving range drill in nine shots. But all golfers aren’t Tiger Woods (the 2000 version, not the 2017 one), so shoot for completing the Nine Point drill in 18 to 27 shots.

A different way to play this fun driving range game is to see how many of the nine shots a can be successfully completed. Nine golf balls, nine different shots, the golfer who executes the most wins.

Break up the monotony of hitting golf balls on the driving range by pretending you’re not even there. Instead, picture your favorite golf hole, maybe one you just played or have seen on TV. Next, imagine the hole is right in front of you and use markers on the driving range like trees, flag sticks, bunkers or yardage signs to lay out the boundaries for the hole. For example, if it’s a Par 4 dogleg to the right and there’s a pin on the left portion of the range, have that pin mark the left side of the fairway where anything left of it will end up in the rough.

Hit your driver first, then assume you have 150 left to the green, pull out an iron and pick a target to hit to the (imaginary) green. We highly recommend imagining Par 5s with a short third shot into the green because golf shots under 100 yards often need the most practice!

This practice drill lets golfers use a variety of clubs, practice their pre-shot routines and focus on hitting a golf shot rather than aimlessly making swings.

Spontaneity is key to a happy life. So if you want to live happily ever after with your golf swing, give Simon Says a shot. This impulsive practice driving range game is all about quick reactions, feel and talking in people’s backswings (finally!).

Driving Range Tokens can be purchased in the Pro Shop.  The Pro Shop is open from sunrise to sunset during the golf season.

Our mission is to exceed your expectations! We are a top 10 public golf course in Metro Detroit and an award winning wedding venue. 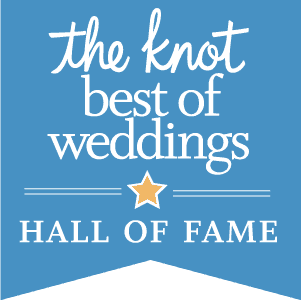